Last year, we were delighted to receive funding for a redevelopment project at the museum. Stephenson Steam Railway was due to re-open for the running season in April this year, following the installation of new displays and interpretation during the winter months. Unfortunately, the re-opening was delayed due to the Covid-19 pandemic; however, we would like to share some of the content from our new displays.

The Stephensons spent nearly 20 years in North Tyneside, working on their pioneering developments that were to have such an enormous impact on the world and continue to affect our lives in so many ways. The project seeks to chart and celebrate this story.

We have now completed most of the installation of the displays of the new interpretation and objects from the collection that sit alongside the locomotives and rolling stock and vividly demonstrate the evolution of design and motive power. The centrepiece is Stephenson’s Billy, recently revealed to be the third oldest existing locomotive in the world, completed under the direct supervision of George Stephenson himself at the nearby West Moor workshops. It’s almost as if his fingerprints were still on it!

The museum is currently closed for the winter, but we look forward to welcoming visitors back to enjoy the new engaging experience. We hope you enjoy this virtual taster of our new displays and that they inspire you to visit in person when we re-open.

This project was generously funded by:
DCMS/Wolfson Museums and Galleries Improvement Fund
The Association for Industrial Archaeology
The Garfield Weston Foundation
The Pilgrim Trust
The Aurelius Charitable Trust 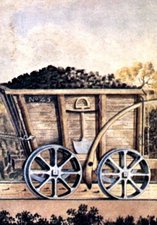 The Dawn of the Railways

The role of George and Robert Stephenson 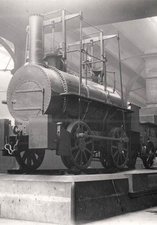 The Stephensons and Innovation